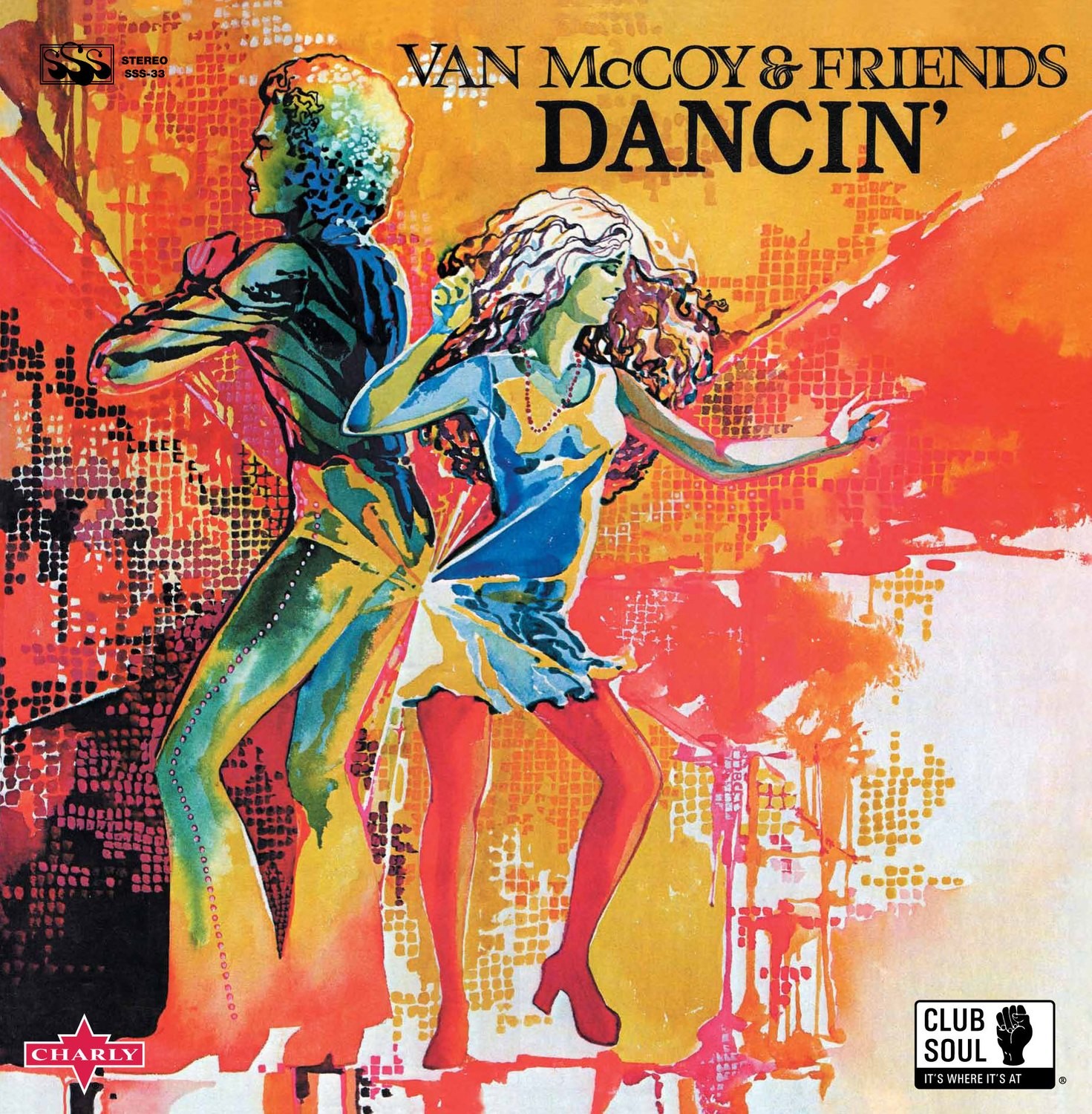 Van Allen Clinton McCoy was born in Washington D.C., Jan 6, 1940 and would go on to become an internationally acclaimed music producer, arranger, conductor and writer with over 700 songs to his credit.

To the pop buying public he is known for his 1975 Grammy Award® chart-topper “The Hustle”, which at the time of recording was a throw-away track on a low-budget instrumental album called Disco Baby. McCoy was unable to repeat the success, and within three years, in 1979, he died of a heart attack at the age of only 39.

DANCIN’ was released by Shelby Singleton in 1976 on his SSS International label and attributed to Van McCoy & Friends, although none of the “friends” are actually listed on the album. Clearly this was released to cash in on the worldwide success of “The Hustle” and McCoy himself probably had little to do with it. All of the ten original songs were recorded much earlier, circa 1968-69, and all but three – “Sweet And Easy”, “If I Could Make you Mine” and “The Generation Gap” – had been languishing, unheard and unreleased, in the Nashville vaults ever since.

It is hard to believe that the album, with its kitsch cover and out-of-kilter track list, garnered any commercial success at the time, although it did get a release in Australia. However, copies soon filtered through into the UK and into the hands of club DJs at Wigan Casino with perhaps “Help Is On The Way” becoming the stand-out track. Richard Searling played the mid-tempo “Just Another Dress Rehearsal” in the latter days of the club while unreleased instrumental versions of “Ain’t Got No Love” and “Dress Rehearsal” were played post-Wigan.

It has long been contested just who the mysterious vocalists are. Chris Bartley is the favourite, although Van himself almost certainly appears on some of the tracks. Either way, Club Soul are proud to present the first ever reissue of this cult album, complete with the aforementioned, previously unreleased, instrumentals.

This stunning vinyl album is compiled in association with the club’s founding DJ, Carl Dene, and celebrates its 50th Anniversary.