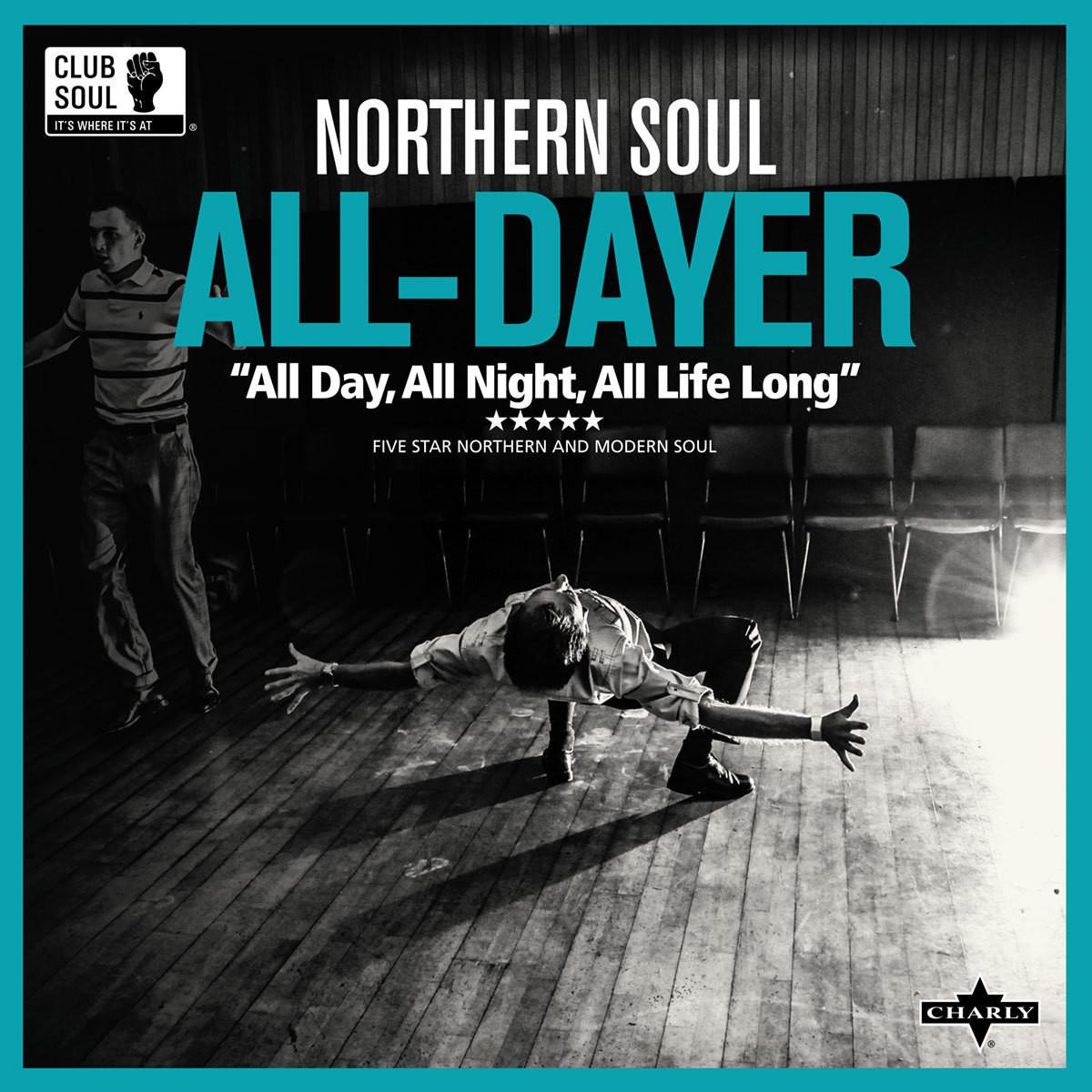 The All-Dayer has been a part of the Northern Soul scene since the early 70s. It evolved at a time when rare club soul was moving away from its roots in Detroit and experimenting with a new beat that coalesced at the legendary Manchester Ritz. The Ritz reigned supreme as

the country’s most forward-thinking All-Dayer, attracting the top DJs including its founder Neil Rushton, Richard Searling, Colin Curtis and Ian Levine. Curtis and Levine had whole-heartedly embraced, and came to define, the Modern Soul movement at Blackpool Mecca’s Highland Room. They brought to the Ritz their own unique music blend and their loyal following. Searling had an equally upfront music policy but continued to mix it up with the

best of his Northern discoveries which attracted the Casino faithful to the Ritz. This created a melting pot of the very best of the underground soul scene, attractive to a wider, younger audience, leading to a national interest in Soul All-Dayers, and eventually heralding the rave era.

All 16 All-Dayer tracks on this newly curated compilation have been remastered from analogue tapes and original vinyl. It is pressed on audiophile heavyweight 180g vinyl

housed in a single sleeve complete with new liner notes. All-Dayer joins a growing catalogue of premium music on the Club Soul imprint.