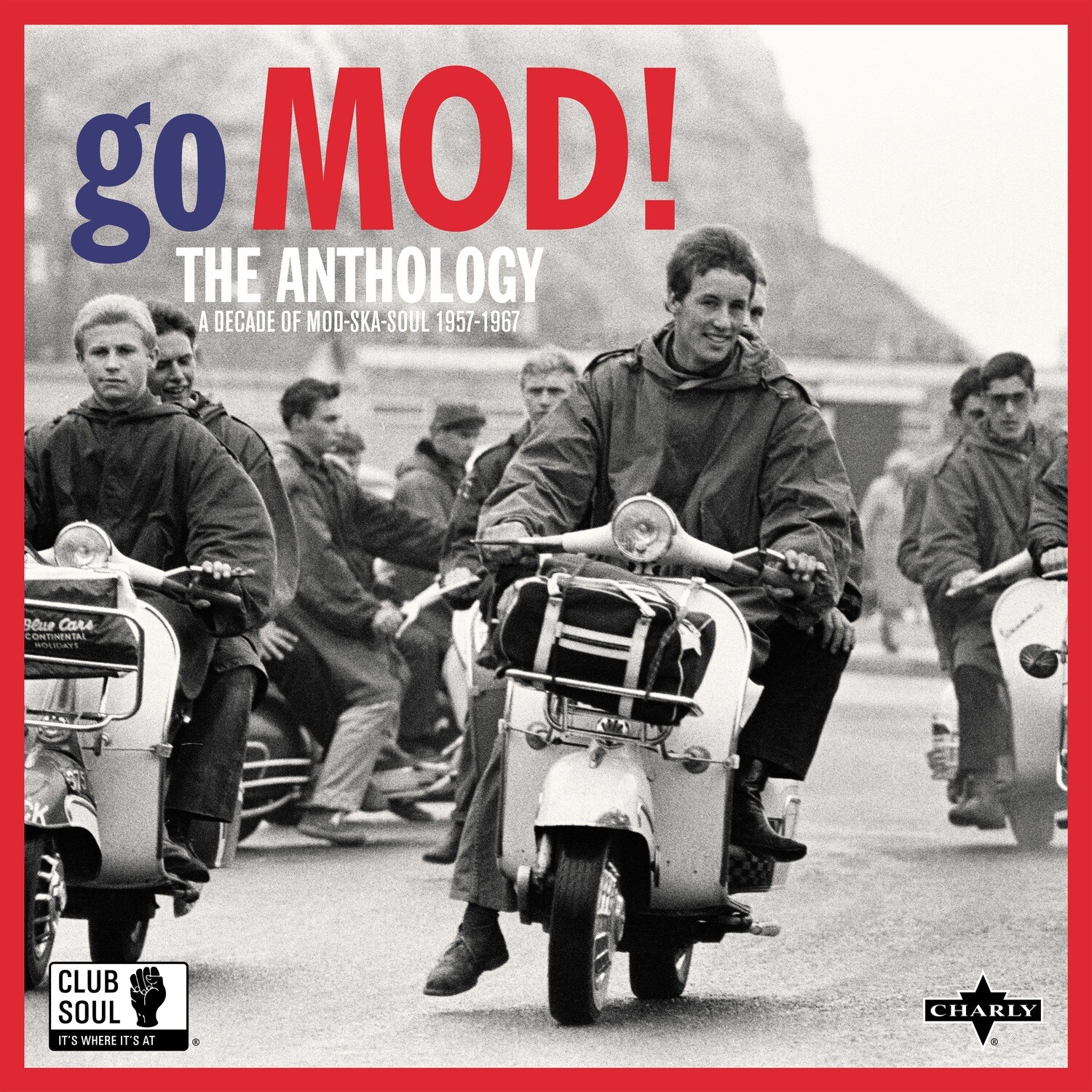 *For contractual reasons this release is only available for sale in Europe.

GO MOD! is an affectionate tribute to the UK Sixties Mod scene capturing the spirit of the discerning mod-R&B clubs of the time. Here are familiar favourites, hits, standards, rarities, obscurities... and together, here are the sounds of the Mod generation!

For a new generation there was a new game in town... and the name of the game was Modernism!

Late-1950s affluence and education had finally kicked in and the sharp urban teenager had woken up to lifestyle aspiration. No longer content to ape delinquent Americana, UK kids began to develop their own look, their own sound… and their own individuality. It was the birth of the Sixties, and Modernism was the engine that would generate the Sixties’ style, music, and attitude… and its underlying philosophy of change, progress, upward mobility – and total cool.

By 1965, thanks to Swinging London and the Beatlesled beat boom, Modernism had exploded world-wide led by the UK with legions of young mainly suburban kids following “the look” and digging the sounds. And what sounds they were!

The early ’60s mod cherry-picked his/her lifestyle from diverse sources: Italian scooters; ex-military parkas; tailoring from French, Italian, American Ivy League, Kings Road and Savile Row influences; Continental art movies, etc - but the music of choice was always firmly rooted in American rhythm & blues: R&B. Most modern jazz was cool too, Blues was fine, and so was anything post-calypso West Indian. It didn’t matter how old the music was, so long as the genre was right.