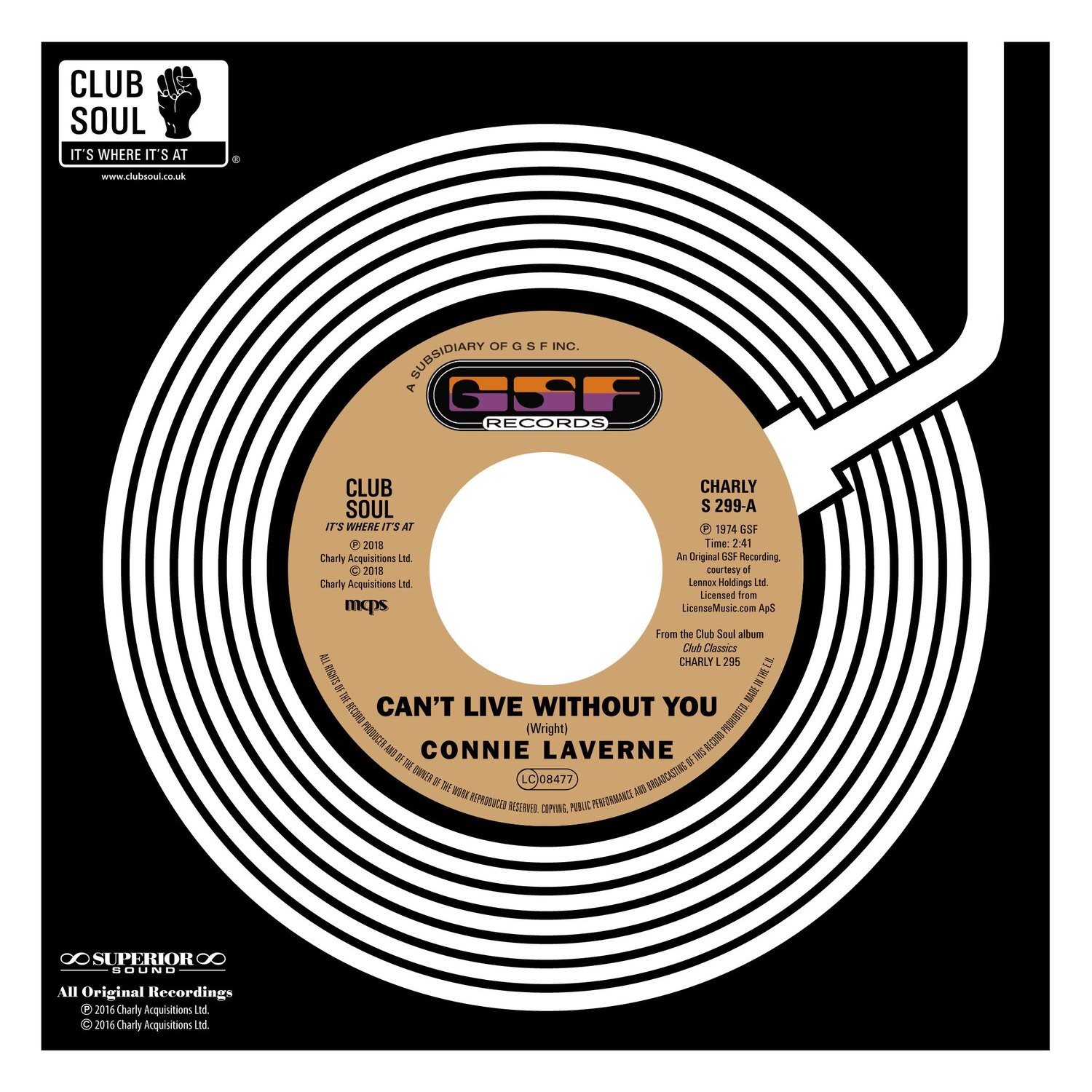 A. Connie Laverne - Can't Live Without You
B. Anderson Brothers - I Can See Him Loving You

Connie Laverne’s crossover classic was the last 45 to be issued by GSF in 1974 and today it changes hands for around £500. It was produced by maverick New Jersey singer/writer/producer George Kerr who is well known to Northern Soul fans for his slue of uptempo soul productions for All-Platinum and, of course, GSF. He also worked with soul superstar Phyllis Hyman, little wonder then that she too cut a version of “Can’t Live Without Your Love” but sadly it was unreleased at the time of recording.

Dennis and Bobby Anderson, from New Jersey, recorded their loan anthem for GSF in 1974 and original white label DJ copies can reach £1,000 on today’s collectors market. The 45 was originally discovered, and brought to the UK, as a new release by Ian Levine, the resident DJ at Blackpool Mecca. The song was written by Ray Dahrouge, well known for his modern soul output for the likes of the Moments, Street People and Susan Phillips. “I Can See Him Loving You” was also covered by the Mayberry Movement in ‘74 and Trieste in 1976.