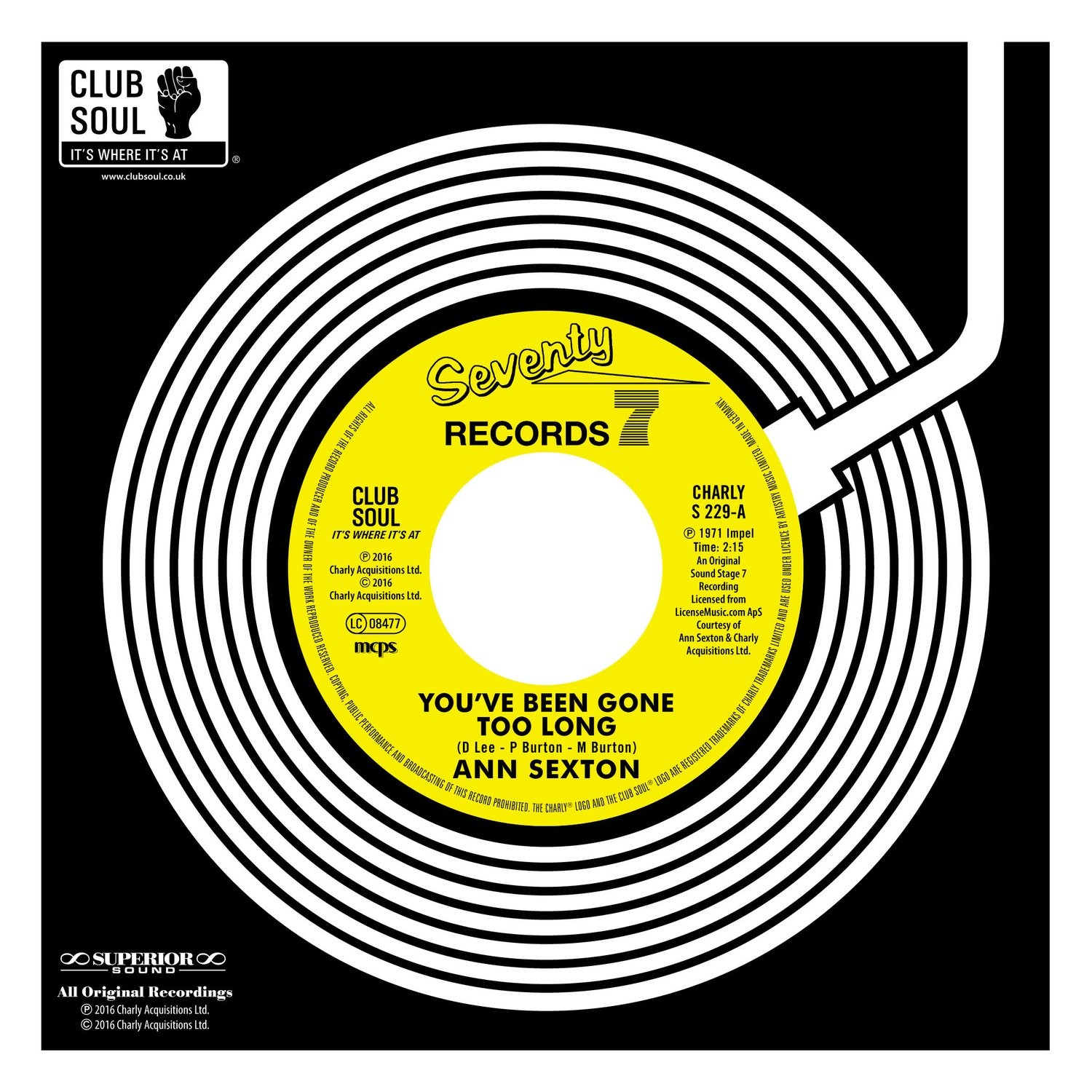 MARY ANN SEXTON was born in South Carolina in 1950 and is the cousin of Northern Soul hero Chuck Jackson. She launched herself onto the soul scene at the dawn of the seventies as Ann Sexton and the Masters Of Soul alongside her husband, saxophonist Melvin Burton. Her debut disc 'You've Been Gone Too Long' was originally released on the local Impel label before being picked up by John Richburg for his Seventy 7 imprint. It was quickly adopted by the UK Northern Soul clubs, notably Blackpool Mecca and Wigan Casino, and has remained a perennial dance floor favourite.

Club Soul are proud to feature 'You've Been Gone Too Long' coupled with her follow-up 45' 'I Still Love You', penned by the husband and wife team. The 7-inch single, the official vinyl reissue on replica label, features a dinked-centre with new-to-vinyl double A-side coupling and audio cut pure analogue from the original master tapes.

Welcome to the club. The place to meet THE faces, hear THE tunes and read THE stories behind the "Sound Of Soul" in the UK. And that's our manifesto here at Club Soul. To trace the evolution of the rare soul scene in the UK through Britain's clubland. A scene that would become known as Northern Soul, a scene fuelled on rare Black American 45s, a scene fuelled on one-upmanship. A working class scene of solidarity that came of age in the North of England in the seventies capturing the heart and soul of the Nation's youth seduced by its secret world of all-night dancing.